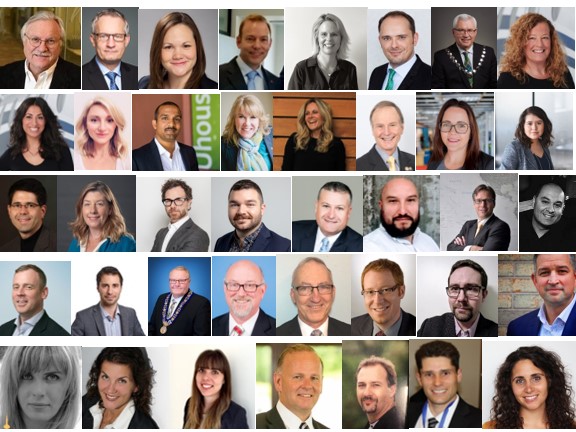 An ICF Canada delegation traveled from across Canada to join the ICF Summit. The delegation members included:

Other delegations from Taiwan, Australia and Europe attended the sold out Intelligent Community Forum’s ICF 2019 SUMMIT in New York City from June 11-13. Although the event was sold out over a week before it started, we nevertheless pulled together a large delegation this year from across Canada.

This year was an extra-special opportunity for Canada’s Intelligent Communities and partners to meet with many of the global Intelligent Communities from Australia and Taiwan to Tallinn and Brazil as well as from across the USA and Canada. They also met many companies and organizations from around the world at the exclusive ICF Matchmaking Day event in New York City. In addition, they were able to meet with the ICF Global Institute in Dublin, Ohio and the Institute from Taiwan. These meetings helped them to develop new relationships and reinforced old business development relationships. They also discovered new potential partners, exchanged ideas and foster new partnerships. In attendance were ICF Canada’s many cities, the two TOP7 communities competing this year for the top honours as the Intelligent Community of the Year and special guests from the House of Commons and the Canadian Smart Cities Challenge program, and many more. In addition, the delegation met global thought leaders from NASA, ICF Taiwan, the Drucker Institute and many others.