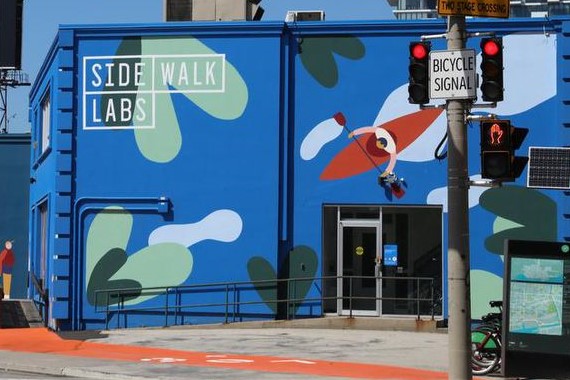 Sidewalk Labs is no longer a part of the future of the Toronto Waterfront. This will be a celebration for many of the critics opposed to the privacy and data governance concerns that this project exhibited. But it will also send shockwaves through its supporters, who saw a brighter economic future for Toronto with Google, a sister-agency to Sidewalk Labs, at the centre of this development. Nevertheless, its legacy will now be how well-organized its opposition was, including a group called #BlockSidewalk, who urged Waterfront Toronto and the general public in Toronto to support an end to the Quayside project with Sidewalk Labs. In a letter to the Mayor of Toronto and made public in a blog post to all Torontonians, Sidewalk Labs chief executive Dan Doctoroff blamed economic upheaval and uncertainty over Toronto’s real estate market as the main reason for their departure. He wrote:

“In October 2017, Sidewalk Labs and Waterfront Toronto set out to plan a shared vision for Quayside, a fundamentally more sustainable and affordable community resulting from innovations in technology and urban design. Since the project began, I’ve met thousands of Torontonians from all over the city, excited by the possibility of making urban life better for everyone.

So it is with great personal sadness and disappointment that I share that Sidewalk Labs will no longer pursue the Quayside project.

For the last two-and-a-half years, we have been passionate about making Quayside happen — indeed, we have invested time, people, and resources in Toronto, including opening a 30-person office on the waterfront. But as unprecedented economic uncertainty has set in around the world and in the Toronto real estate market, it has become too difficult to make the 12-acre project financially viable without sacrificing core parts of the plan we had developed together with Waterfront Toronto to build a truly inclusive, sustainable community. And so, after a great deal of deliberation, we concluded that it no longer made sense to proceed with the Quayside project, and let Waterfront Toronto know yesterday.

While we won’t be pursuing this particular project, the current health emergency makes us feel even more strongly about the importance of reimagining cities for the future. I believe that the ideas we have developed over the last two-and-a-half years will represent a meaningful contribution to the work of tackling big urban problems, particularly in the areas of affordability and sustainability. This is a vital societal endeavor, and Sidewalk Labs will continue our work to contribute to it.

On these fronts, we’ve already started innovative companies addressing urban mobility, next-generation infrastructure, and community-based healthcare, and invested in startups working on everything from robotic furniture to digital electricity. We continue to work internally on factory-made mass timber construction that can improve housing affordability and sustainability, a digital master-planning tool that can improve quality of life outcomes and project economics, and a new approach to all-electric neighborhoods.

The Quayside project was important to us, and this decision was a difficult one. Words cannot capture my appreciation for the work of the entire Sidewalk Labs team, who have given so much to bring our shared vision for Quayside to life.

We owe particular thanks to everyone at Waterfront Toronto for their efforts. They have worked tirelessly alongside us to shape Quayside in the best interests of the city. We would also like to extend our sincere appreciation to the devoted public servants at all three levels of government who were involved in this project for their willingness to pursue big ideas while always looking out for the public good.

Finally, we are grateful to the countless Torontonians who contributed to the project, and for the support we received from community groups, civic leaders, and local residents. Sidewalk Labs was attracted to Toronto by the diversity, growth, and opportunity the city has to offer, and that view has been affirmed and strengthened at every step along the way. Toronto is one of the world’s great centres of technological innovation, and nothing about this decision will in any way diminish that.”

As an immediate follow-up, Waterfront Toronto’s Board Chair released the following:

“Statement from Waterfront Toronto Board Chair, Stephen Diamond on the Quayside Project.

Waterfront Toronto has been informed that Sidewalk Labs is withdrawing from our planned redevelopment of Quayside on Toronto’s waterfront.

While this is not the outcome we had hoped for, Waterfront Toronto offers thanks and appreciation to Sidewalk Labs for its vision, effort, and the many commitments that both the company and its employees have made to the future of Toronto. As Chair, I am proud of the work we have done and thankful for all of the hard work, talents and expertise staff at Waterfront Toronto have brought to this project. Our collective efforts have given cities around the world new pathways to creating affordable, inclusive and climate positive communities.

Today there is global financial uncertainty, but Waterfront Toronto has confidence in the city’s economic future and will take the long view when making real estate and development decisions on Toronto’s Waterfront. Quayside remains an excellent opportunity to explore innovative solutions for affordable housing, improved mobility, climate change, and several other pressing urban challenges that Toronto — and cities around the world — must address in order to continue to grow and succeed.

Today is not the end of Quayside, but the first day of its future. Waterfront Toronto will continue to seek public and expert input as we make a next generation community at Quayside a reality.”