2019 Intelligent Community of the Year awarded to Taoyuan, Taiwan 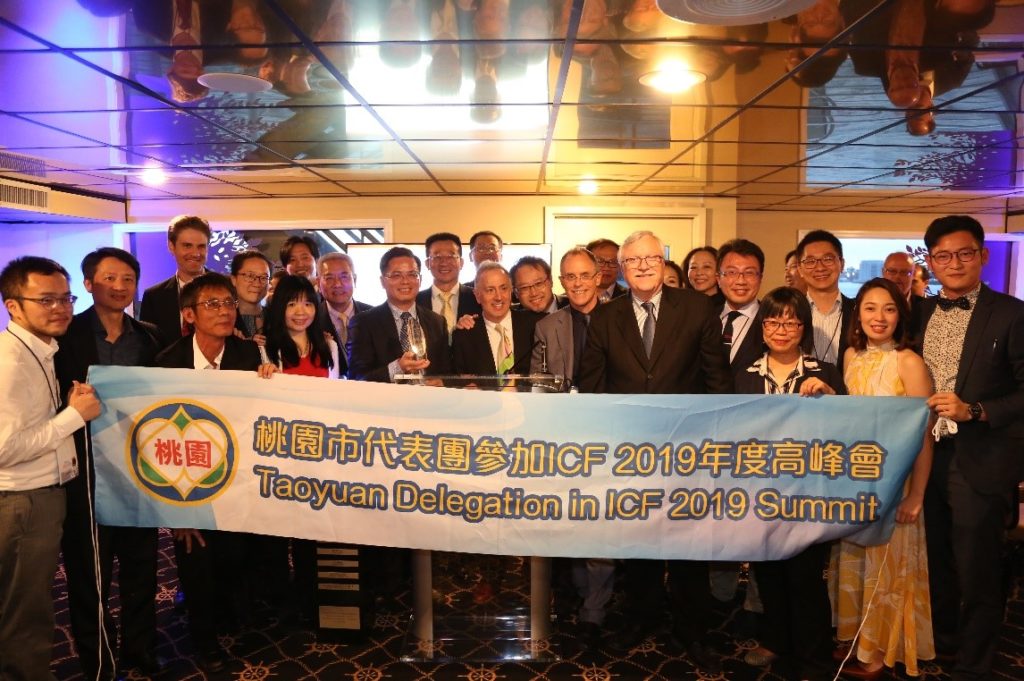 2019 Intelligent Community of the Year awarded to Taoyuan, Taiwan

More about Taoyuan: the 2019 Intelligent Community of the Year 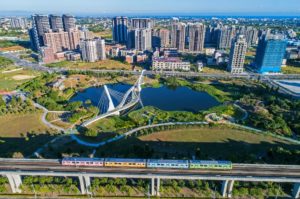 On Christmas Day of 2014, Taiwan lost a county and gained a city, when the county of Taoyuan changed to municipal status. Its proximity to the Taipei Metropolitan Area has led to major investments in such public utilities as Taiwan’s largest international airport and the 2017 Taoyuan MRT Airport Line, which speeds connections between the city’s high-speed rail station and the airport. These, in turn, have driven rapid development in Taoyuan City, which has attracted a large number of new residents from other cities and countries.

Taoyuan is the largest industrial science and technology city in Taiwan. More than one-third of Taiwan’s top 500 manufacturing industries have set up factories in Taoyuan. The industrial output value of about 2.87 trillion NTD has led all Taiwanese cities for 14 consecutive years. The population is a fusion of many ethnic groups such as Minnan, Hakka and Aboriginal people. Because of the industrial development, Taoyuan is also the municipality with the largest number of foreign workers from Southeast Asia and the largest number of Vietnamese new residents.

Broadband Services for All

Taoyuan initiated the i-Taoyuan Free Wi-Fi 2.0 project in 2016 to optimize the city’s existing wireless network services and expand the city’s free network environment of hotspots. As of August 2017, the project has established 921 free wireless hotspots throughout the city with plans in place to expand four high-traffic areas into hot zones with wider coverage. Chunghwa Telecom has set up its own network of 5,236 CHT Wi-Fi hotspots as well, distributed in all public areas for use by the general populace. In addition to setting up hotspots, Taoyuan has worked with local providers Taoyuan City Telefirst Cable Communication Co., Ltd., North Taoyuan Cable TV Co., Ltd. and South Taoyuan Cable TV Co., Ltd. to ensure that broadband service is available across the entire city.

With Internet access available so widely in the city, Taoyuan has developed the Smart District and Village System. The system connects 13 districts and 495 villages and neighborhoods in Taoyuan City with the city’s many government departments, allowing citizens to access up-to-date transit information and providing local businesses with an online platform to offer their mobile services. Taoyuan is also introducing smart parking and location systems to car parks in those districts and has deployed a dynamic information system for the city’s buses. Taoyuan Metro now provides free 4G and WiFi coverage and smart services as well.
Taoyuan is also currently working on an Internet of Things demonstration site for Taiwan. As of 2016, Asia Pacific Telecom has established 90 LoRa hotspots in the city to support Taiwan’s first Internet of Things dual network. The network is expected to cover all of Taiwan in the near future.

To further develop its youth talent, Taoyuan has created the Youth Entrepreneurship Headquarters in Qingpu. The Headquarters hosts a series of innovation- and entrepreneurship-themed courses for local youth as well as courses in the application of technology in new industry. As of 2016, the Headquarters has reached 441 members, 933 stationed members, and 17 teams of instructors.

The Taoyuan city government has established another entrepreneurship headquarters in the Taoyuan Youth Commander, which is the city’s first co-working maker space. As a startup hub, the Taoyuan Youth Commander provides clients with professional consultation and other services to help new ventures get off the ground and learn the fundamentals of business and marketing. The maker space also aids entrepreneurs in finding partners for their projects both within Taiwan and overseas. As of 2017, Taoyuan has planned an additional three national-level bases for young entrepreneurs: Hotuoshan IoT New Venture Hub, Chung Yuan Entrepreneurship Village and Young Maker Co-working Park.

With its location between Taipei and Hsinchu, Taoyuan is perfectly placed to be an innovation and business hub in Taiwan. The city is home to the largest cluster of logistics companies in Taiwan, including many supermarkets, hypermarkets, retailers and fresh food suppliers. To provide broader logistical support to new industries, Taoyuan has developed the Taoyuan Aerotropolis and has established the only airport free trade zone in Taiwan. The city has also created an Innovation and R&D Centre to provide further resources and services to new and established companies.

Connecting all of these developments to the rest of Taiwan is essential for the innovation hub. The Taoyuan city government has established a comprehensive network of buses in the city with a total of 261 routes, many of which now sport dynamic information systems that provide useful data to travelers. In addition to the bus system, Taoyuan is connected to Taipei and Hsinchu via high speed rail, MRT, highways and the Taoyuan International Airport MRT. The city has outfitted all of these routs with 4G wireless coverage to allow travelers to work, research or relax while in transit.

Providing Knowledge and Access to Services through the Citizen Identity Card

Taoyuan launched a citizen identity card called the Taoyuan City Card in 2015 as a means of connecting its residents with a wide variety of public services and information. The card is integrated with many of the city’s transportation systems, serving as a ticket for busses, MRT, the Taiwan Railway, and even as a means to rent a bicycle. It may also be used to pay parking and most other government fees, as a municipal library card and even as a meeting attendance card for citizens to better keep track of their schedules.

In addition to city services, the Taoyuan City Card also provides citizens with discounts at over 700 stores offering hospitality and tourism services as well as local sports and fitness centers, youth centers and public halls and the Taoyuan Municipal Swimming Pool. The card is linked to a holder’s sports history for the sake of providing doctors with additional information during medical exams, and the city plans to integrate with cards with the national health insurance system in the future to provide citizens with easy access to their medical records in the future.

Taoyuan has issued nearly 850,000 cards to citizens as of August 2017. The cards grant discounts in more than 1,000 locations, including 742 stores participating in the program. In the future, the city plans to expand services to include banking, mobile payment services, telecommunication, and electronic tickets.

To build a sustainable future, Taoyuan City has been heavily investing in solar energy. The city leases roof space of public houses to establish solar generation systems, with 132 government-owned buildings outfitted as of 2017, generating a total of 12 million kwh of electricity annually. With the assistance of the Tatung Company, Taoyuan will be building 200 public housing developments with solar generation capacity, aiming to produce 20 million kwh of electricity per year.

The city is working with businesses to improve solar energy production as well. The Department of Environmental Projects in Taoyuan has introduced an energy service company to provide free installation of solar generation equipment on the rooftops of factories as well as public housing.

In addition to solar energy, Taoyuan is also focusing on wind power generation. Since 2011, 57 wind power plants have been installed in Guanyin and Luzhu. The city is also planning a number of offshore wind plants in the coming years.
By nourishing local innovation, attracting international entrepreneurs, and building an ever-growing infrastructure for clean energy production, Taoyuan is preparing its people, organizations and environment for global competition.nment for global competition.